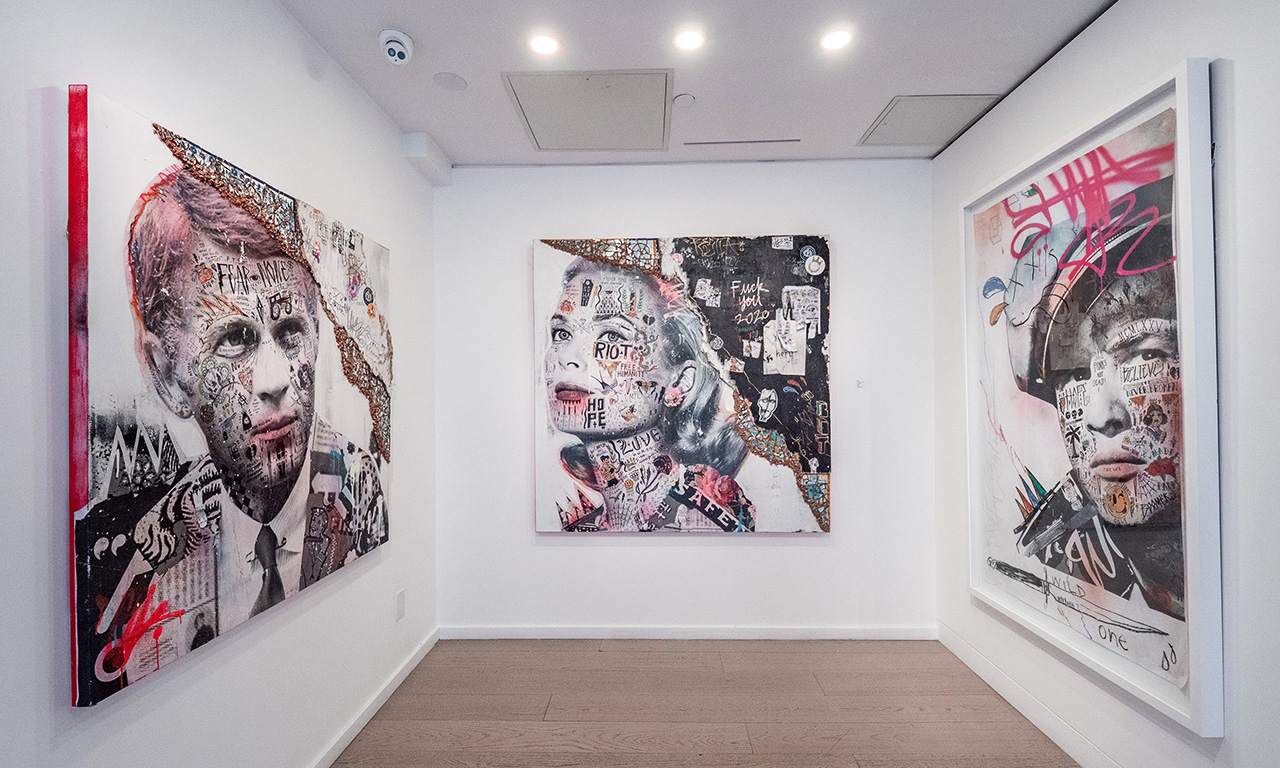 The anonymous Montreal artist is best known for the tagline “What if Art Ruled the World.” Weaved throughout his celebrity mash-up wheat pastes, this tagline evokes Stikki Peaches’ essence. Using a variety of media including collage, acrylic paint, and silkscreen, Stikki Peaches’ work occupies a liminal space between the street and the gallery.

Since his 2008 debut on Montreal streets, Stikki Peaches’ mash-up wheat pastes have taken over the streets of Paris, New York, Toronto, Los Angeles, Berlin, Stockholm and London. Using a variety of media including collage, acrylic paint, and silkscreen, Stikki Peaches’ work occupies a liminal space between the street and the gallery. The anonymous street artist is strongly influenced by pop culture references and lowbrow street culture.

He is constantly creating art that can be thought of as “beautifully controlled chaos.” Stikki combines images of classic films, celebrities, and musical icons into hybrid characters. Stikki Peaches had his first international solo show in 2012 in New York. Since then he has participated in the Scope Art Show NYC, Art Basel Miami and Urvanity Art Fair in Madrid, Spain.

For this exhibition, Stikki Peaches created a beautiful body of work comprised of three different mediums, canvas, paper, and collage. His collages and works on canvas are completely unique. When the artist selects an image of a celebrity to feature on one of his canvases he will only ever use that image once, making them one of one. His works on paper are unique variations meaning that he will use the same image a few times, treating it differently with each variation. True to the rest of his practice, this selection for works are rich with texture, detail, positive messaging, and the artist’s own character. 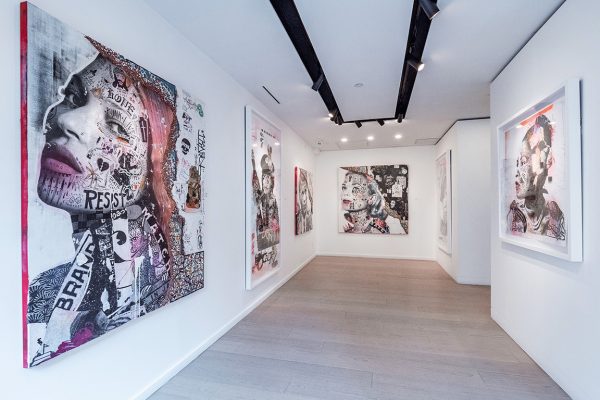 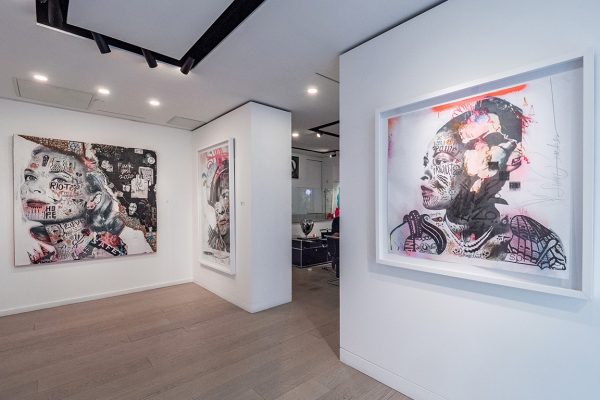 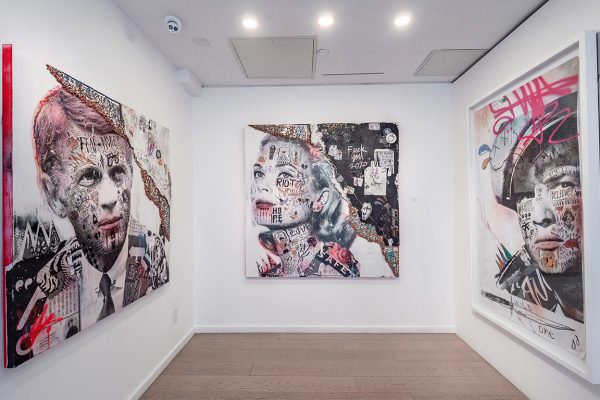 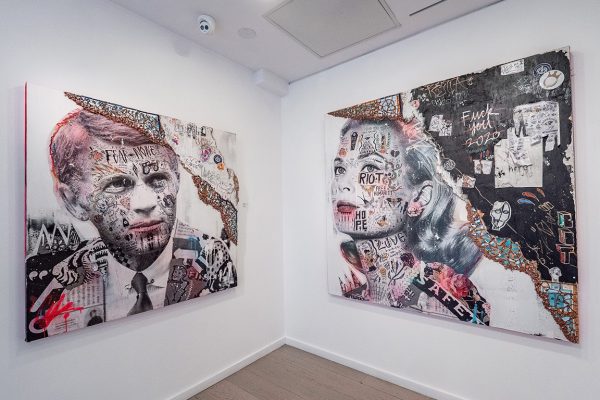 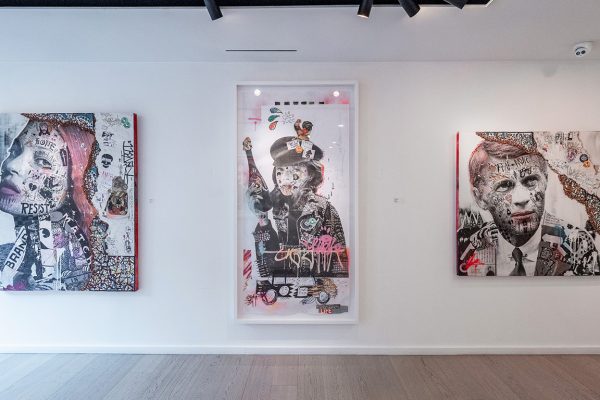 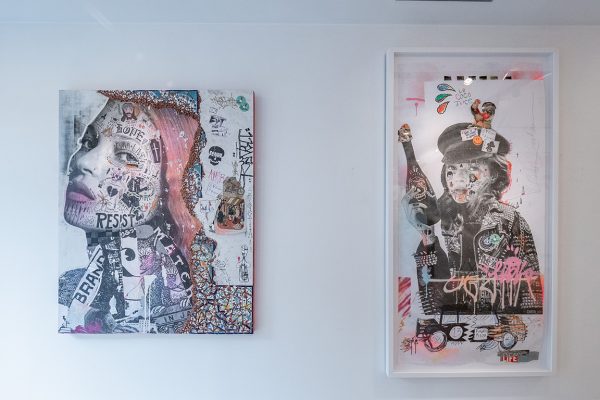